Considering that the WHO reports an estimate of 1 billion children, age 2-17, abused in the last year, and 40 150 homicide deaths in children, some due to maltreatment, we cannot afford for these statistics to increase. Please know child abuse statistics are likely much higher than reported due to various factors.

Let us work together to protect our most vulnerable in all age groups.

We have to consider the clinical outcomes of initiatives put in place to protect the public.

“The RCPCH found decreases in hospital attendance in their survey of hospitals including up to a 93% decrease in A&E attendance, while Public Health England found that there was a drop in A&E visits by children specifically.  Furthermore, there are indications that children were missing vaccinations.”  Anne Longfield OBE Children’s Commissioner for England

“Unemployment is forecast to reach 12% at the end of the year as the recession unfolds.  The Trussell Trust reported an 89% increase in need for emergency food parcels in April 2020 compared to the same month last year.  At the end of April, 350 000 children were living in a household where someone had been forced to skip a meal in the last week and 249 000 were in families that accessed food-banks.  Only 47% of children who would usually be receiving Free School Meal scheme food were provided either meals or vouchers.”   Anne Longfield OBE Children’s Commissioner for England

Oxfam found that border closures, curfews and travel restrictions had caused breaks in the food supply that threatened to cause 12 000 deaths a day worldwide, exceeding the 10 000 deaths a day recorded from COVID-19 in April 2020.

“Lockdowns have just one consequence that you must never ever belittle, and that is making poor people an awful lot poorer.”  David Nabarro, World Health Organisation

“Children have fewer health risks from covid-19 and yet they have suffered disproportionally from the nation’s efforts to contain this virus.”Anne Longfield OBE Children’s Commissioner for England

“Before the pandemic 2.2 million children in England alone lived with domestic abuse (800 000 children), parental drug or alcohol dependency (478 000) and/or severe parental mental illness (1.6 million children).  Just over 100 000 children in England lived in a household where all three issues were present.  These numbers are likely to have swelled, fuelled by families locked down in close quarters for weeks and months”. Anne Longfield OBE Children’s Commissioner for England

“Globally, it is estimated that up to 1 billion children aged 2–17 years, have experienced physical, sexual, or emotional violence or neglect in the past year.”  WHO

“Estimates by CCO show that 379 000 under-fives live with parents suffering from severe mental ill health, and 145 000 are living with parents suffering drug and alcohol problems.  We also estimate that 235 000 under-fives live in houses where domestic violence has taken place in the last year.”   Anne Longfield OBE Children’s Commissioner for England

“Calls to the National Domestic Abuse Helpline went up 80% in June 2020, while the number of people seeking help from Alcohol Change UK for problem drinking soared nearly 400% from 4089 between 23 March and 30 April last year to 20 067 in the same period this year.”  Anne Longfield OBE Children’s Commissioner for England

“Only a fifth of children where domestic abuse is perpetrated have a social worker.   The number of children referred to a social worker has fell by almost a fifth between April and June 2020.” Anne Longfield OBE Children’s Commissioner for England

“The pandemic has also affected children who live away from their parents – the 75 000 children in care.”   Anne Longfield OBE Children’s Commissioner for England

“At 31 March 2019, 49,570 children in England and 4,810 children in Wales were looked after by their local authority because of experience or risk of abuse or neglect.”  Office of National Statistics

“In the last five years there was an average of 62 child deaths a year by assault or undetermined intent in the UK.  On average, at least one child is killed per week in the UK.  Children under the age of one are the most likely age group to be killed by another person, followed by 16- to 24-year-olds.  Child homicides are most commonly caused by the child’s parent or step-parent; whilst adolescent homicides are most commonly caused by a stranger, friend or acquaintance.  Official measures are likely to be underestimated.”  NSPCC

“Nearly 3 in 4 children – or 300 million children – aged 2–4 years regularly suffer physical punishment and/or psychological violence at the hands of parents and caregivers.  Every year, there are an estimated 40 150 homicide deaths in children under 18 years of age, some of which are likely due to child maltreatment.”  WHO

NSPCC 10 August 2020 England “New figures obtained by us reveal that police recorded more than 200 child sex offences, on average, every day last year.  There were 73,518 recorded offences including rape, online grooming and sexual assault against children in the UK in 2019/20 – up 57% in the 5 years since 2014/15. Where gender and age were recorded girls were 4 times as likely to be victims, there were more than 8,000 offences committed against 14-year-olds, making it the most common age group to report offences, there were 12,374 sex crimes recorded against children under 10, and 449 offences were recorded against babies yet to reach their first birthday.”

“Between January and June 2020, the US National Center for Missing and Exploited Children (NCMEC) received 12.1 million reports of suspected child sexual exploitation, an increase of 90% from 6.3 million reports during the same time period a year earlier. The Internet Watch Foundation and its partners blocked at least 8.8 million attempts by UK internet users to access videos and images of child sexual abuse during lockdown.” Anne Longfield OBE Children’s Commissioner for England

May your choices reflect your hopes, not your fears. It always seems impossible until it’s done. Nelson Mandela

Many report negative emotions such as anxiety, anger, sadness, hopelessness or “feeling trapped” during this time. Many miss or are concerned about loved ones. Take one day at a time and focus on the beauty immediately around you. Try to remain calm and positive – this boosts the immune system. Go out and engage safely within the community – wash hands before toughing the face, cover face when sneezing or coughing…. one day at a time wins the race.

Contact us if we can help your school or community at admin@mentalhealthbus.co.uk

This presentation is offered pro bono to staff employed to protect or safeguard children such as Police or Social Care.

We aim to offer this presentation twice a year.

Full day training sessions can also be made available.

Hundreds of thousands of children are in detention at the moment, not just in prisons, such as portrayed here, but also in other domains such as detention camps. Medical, mental health and social risk is increased significantly for children in detention, and during this pandemic, these children are particularly vulnerable; morbidity and mortality significantly increased.

This principle can be applied to every decision and initiative, and will ensure that children are protected. 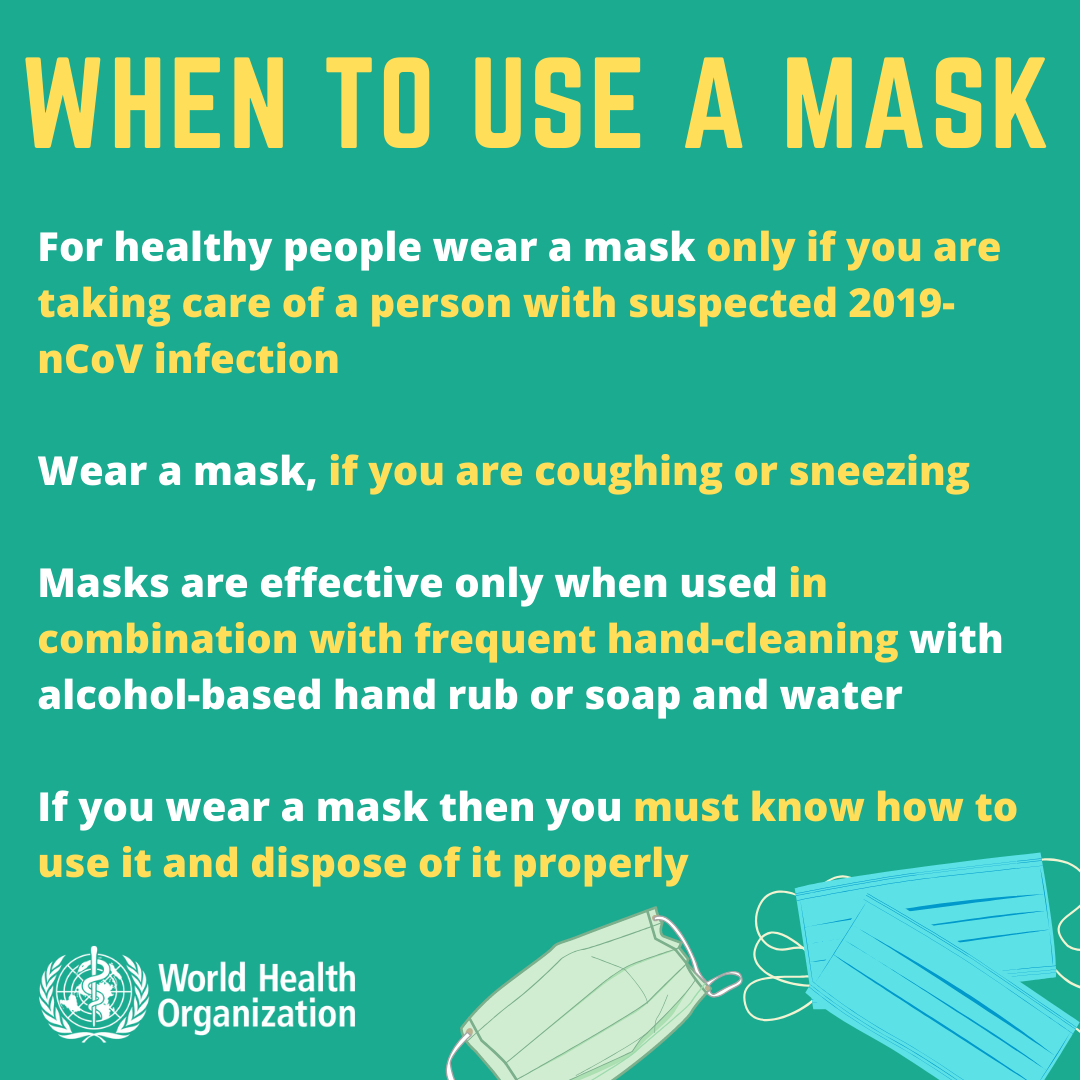 “WHEN TO USE A MASK:

For healthy people wear a mask only if you are taking care of a person with suspected 2019-nCoV infection.

Wear a mask, if you are coughing or sneezing.”

#Mentalhealthawareness and appropriate #healthcare and #mentalhealthcare are required for #children, especially #hardtoreachchildren and #vulnerablechildren who live in #poverty and high risk, with #mentalhealth and #healthcare needs. As #childpsychiatrist we advocate for #humanrights and #servicedevelopment, including #outreachservices, for #childreninneed and #childrenatrisk in the UK and other developed and developing countries.